More than 75 years ago a group of caring Lebanon County residents incorporated, defined a mission, and charted a course for the Humane Society that has remained true and constant since 1939. 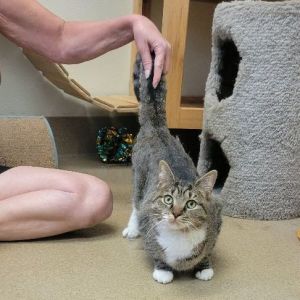 Meet Pebble! Pebble is a sweet girl who loves attention and to be pet. She doesn't play much, just wants... View full description »